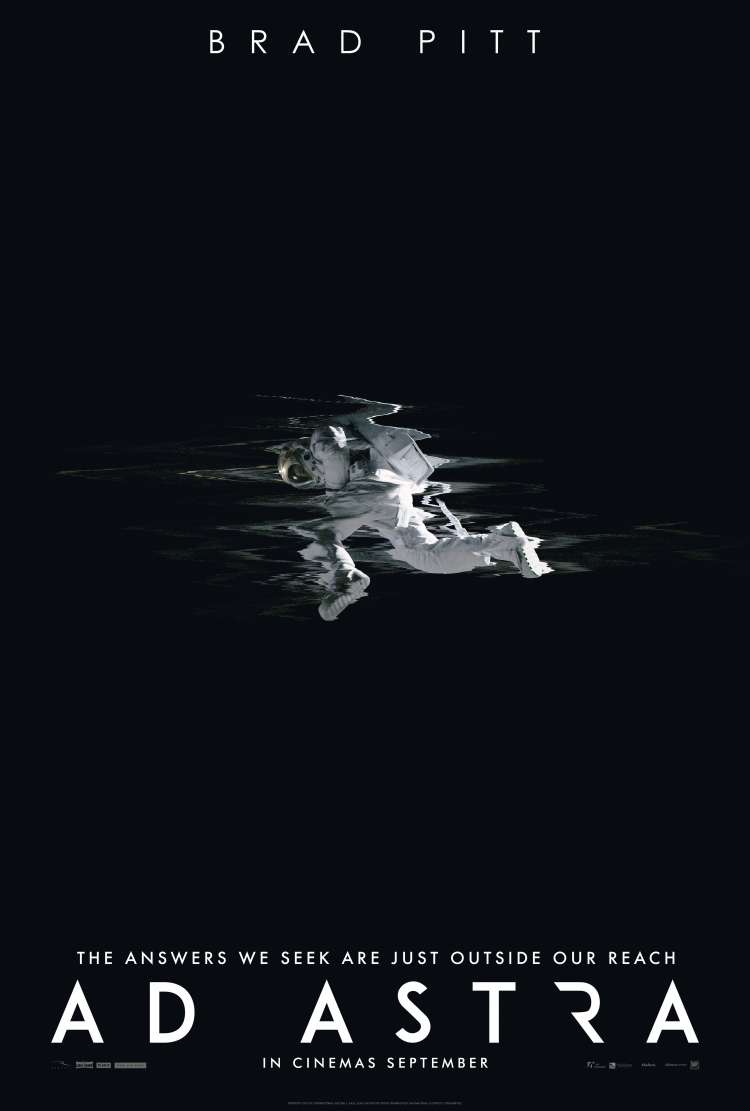 James Gray’s eagerly-awaited and long-delayed follow up to his 2016 Amazonian adventure The Lost City Of Oz finally launches its marketing campaign with a stunning trailer and poster. Ad Astra follows Brad Pitt’s astro-engineer Rory McBride who in the aftermath of a devastating solar flare called The Surge travels to the outer edges of the solar system to discover what happened to his father on his mission to Neptune. Tommy Lee Jones co-stars as Rory’s father Clifford who was working on a classified project to discover advanced extra-terrestrial life. But his ship disappeared sixteen-years into the mission, and now it's up to Rory to find out why and find the man that may hold the key to a mystery that threatens the survival of the planet. Liv Tyler, Donald Sutherland, and Oscar-nominated actress Ruth Negga round out an exciting support cast for a compelling and visually-striking sci-fi adventure.

Brad Pitt takes to the stars in a bid to save Earth from destruction, and himself from some interstellar daddy issues, in James Gray’s highly-anticipated space adventure, Ad Astra.