Brother From Another Mother

In the hotly anticipated spin-off from the $4 billion franchise, Dwayne Johnson and Jason Statham give a new, explosion-heavy meaning to “the odd couple.”

In the beginning, it was all street racing, boosted DVD players, and nitrous oxide. But Fast Five changed everything – The Rock brought ludicrous heists, near super-human abilities, and wonderfully insane action. A turbo-boosted, brilliantly bonkers box-office monster was born.

Inspired by the pair’s scenes in 2017’s Fast & Furious 8, producers conceived the idea on the day of shooting after seeing their chemistry. Hobbs: Adonis-like, former DEA agent, and actual man-tank. Deckard Shaw: a cunning former MI6 operative turned criminal mastermind. They hate each other. A lot.

Taking on this pair requires a special kind of villain. Idris Elba is Brixton Lore, a cyber-genetically enhanced terrorist who plans to release a virus that would decimate the global population – strong enough to crush Hobbs, and even more brutal than Shaw. The two must work together if they have any hope of stopping him.

Directed by David Leitch, best known for Deadpool 2 and Atomic Blonde, this pairing has the pedigree for both wisecracks and skull crushing action. After eight movies, the cars don’t matter. Family matters. Explosions matter. Escapism matters.

Hobbs and Shaw, the most powerful characters in a franchise full of pseudo-supermen, run with the insane action…and turn it up to eleven. 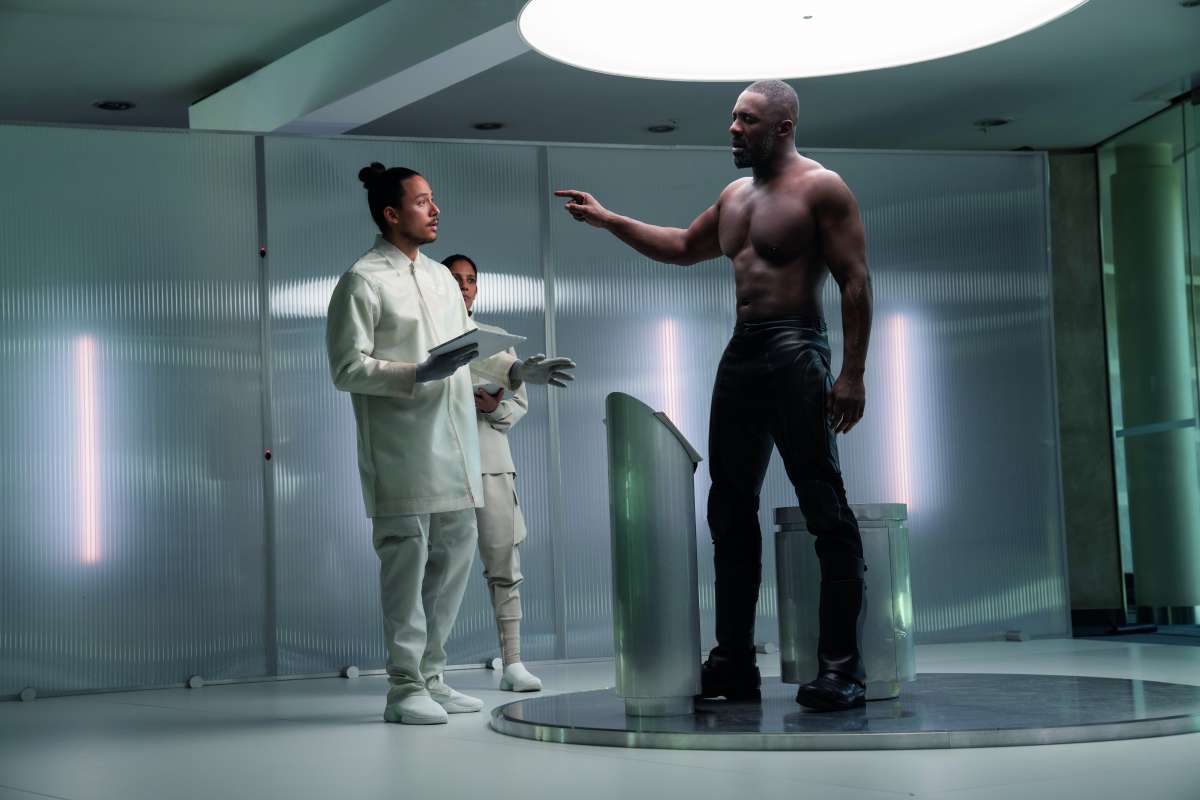 F&F has always held a tentative grip on both naming continuity and reality in general. Here are a handful of the most beautifully insane moments.

Dom is jacked. But Hobbs is a force of nature. Using a magic wrench, he somehow bests The Rock.

Sports car makes thirty-metre jump from the 42nd floor through the window of the adjacent building.

Driving Under A Lorry (The Fast And The Furious)

It all started here. Perfectly driving a supercar underneath a lorry. While on a cliffside. At 60mph.

Driving out of a plane at 15,000 feet and free falling before parachute release and safe landing. They ACTUALLY filmed this. For real.

Best FrenemiesCLICK TO FIND OUT MORE
12A
TRAILER

Faced with a new age enemy, Hobbs and Shaw go old school in an explosive new trailer for their Fast & Furious spin off