Knives Out Trailer And Final Poster 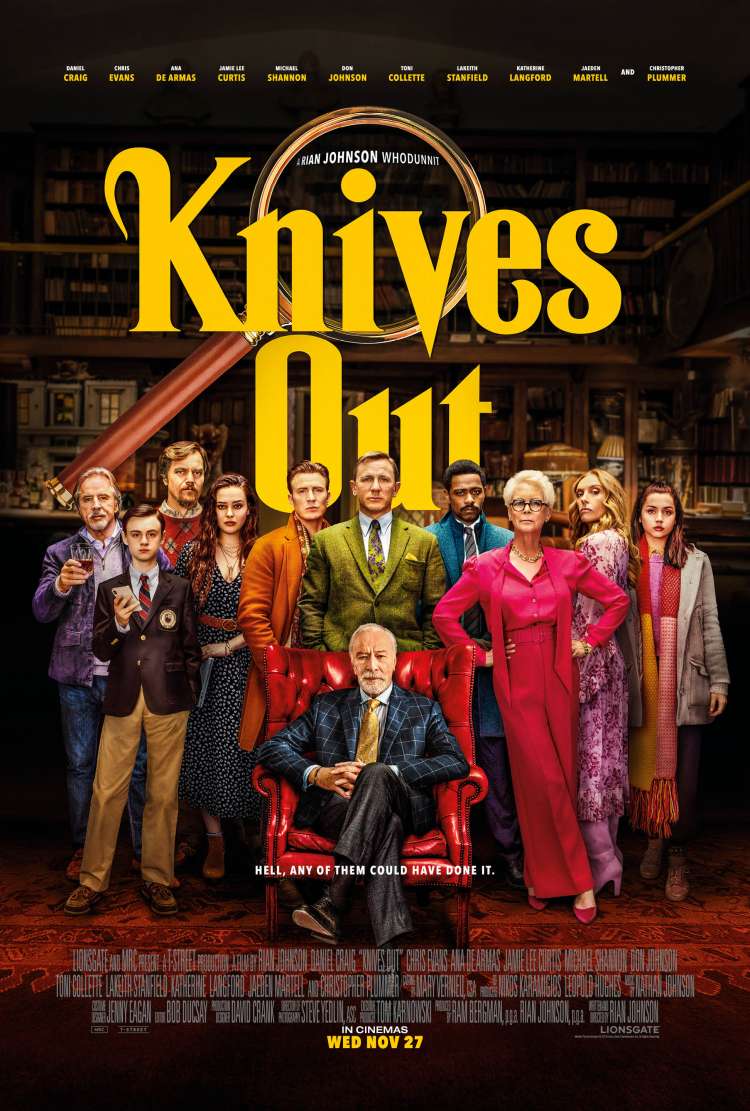 Opening with one of the many rave reviews the film received at its world premiere at Toronto International Film Festival, the slick new trailer for Rian Johnson’s star-studded love letter to Agatha Christie’s murder mysteries follows Daniel Craig’s Detective Benoit Blanc hot on the trail of a killer. After initially ruling esteemed novelist Harlan Thrombey’s death as suicide, Blanc and his cool-headed partner Detective Elliot (LaKeith Stanfield) discover clues that lead them to suspect foul play with each member of the household held suspect. As well as painting a clearer portrait of the plot, the new trailer gives us a closer look at this eccentric family as Blanc’s one-on-one interviews and their interactions slowly reveal what makes them a suspect. There’s wild accusations, family feuds, and arguments aplenty as Blanc tries to uncover the truth from the web of lies woven by this conniving family; and it all points to a one-of-a-kind cinema experience that’s sure to keep us guessing at every turn.

Everyone Has A Motive. No One Has A Clue.CLICK TO FIND OUT MORE
12A
FEATURE

When people get desperate, the knives come out. Get set for a spectacularly stylish and sordid whodunnit featuring a rogues' gallery of Hollywood A-listers.

Knives Out Poster And Trailer