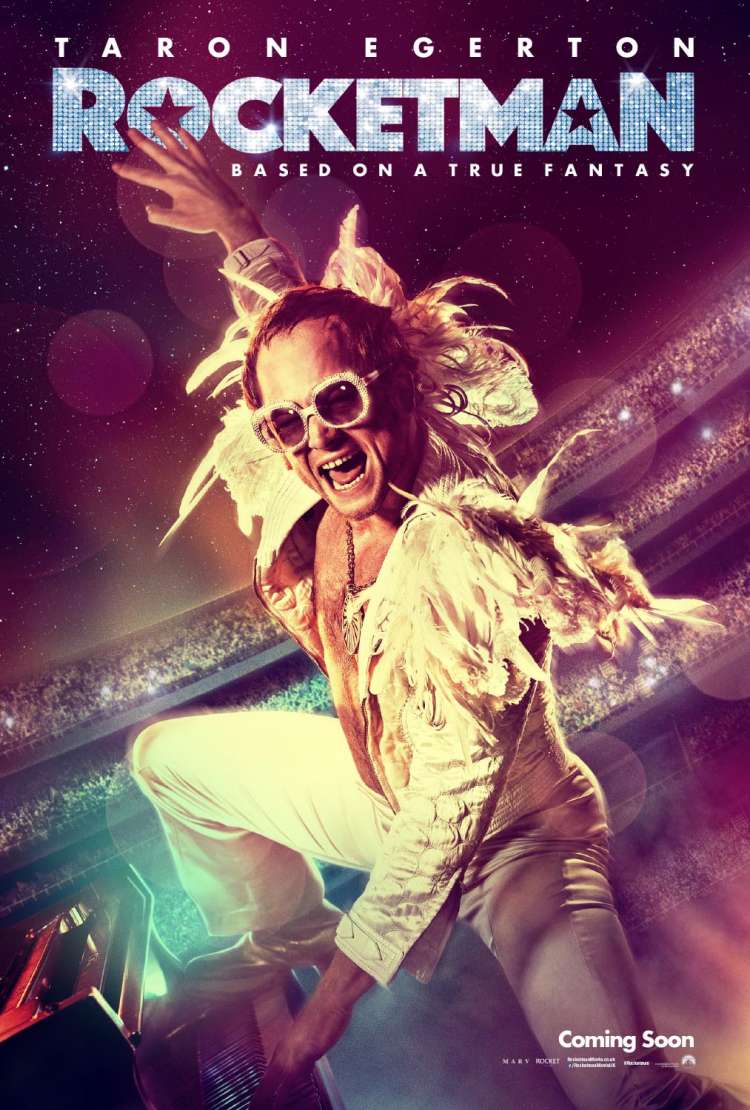 Legendary photographer David LaChapelle, who has created some of the most iconic imagery in Elton John's career, has now turned his lens on Taron Egerton for the official Rocketman poster. Full of colour, life, and musical energy, the image perfectly captures the essence of a movie that considers itself a "true fantasy" and shows Egerton really looking the part as Elton John.

But it's not just about the looks. With the new poster came a special featurette that gives audiences a behind the scenes look at Taron Egerton recording Tiny Dancer for the soundtrack. With interviews from the film's director Dexter Fletcher and music producer Giles Martin, the video showcases the Kingsman star's remarkable range and singing ability. He's really the only man for the role.

Based On A True FantasyCLICK TO FIND OUT MORE
15
FEATURE

Witness the meteoric rise of one of music’s most captivating figures as the fantasy of stardom becomes reality. Prepare for fallouts, stadium sellouts, twinkling keys, and the fall back down to Earth.