Sonic speeds in with a supercharged new trailer and poster 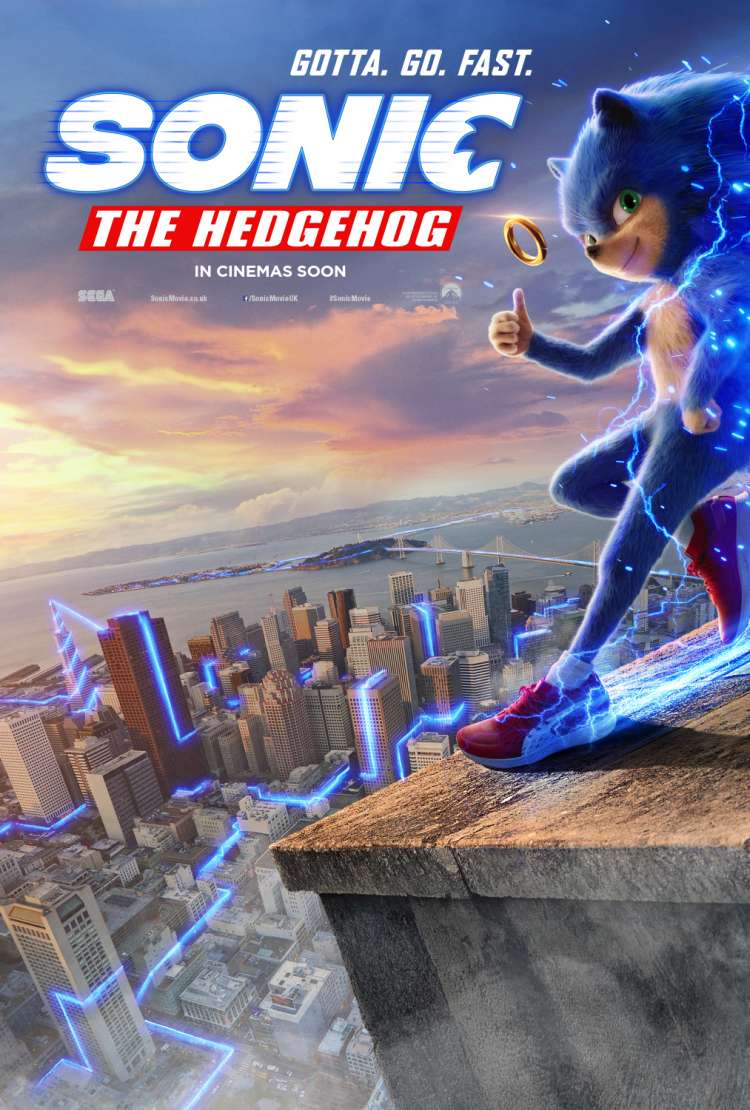 The classic SEGA character was previously kept in shadow in the teaser poster but is now revealed in all of his blazing blue glory. Voiced by Ben Schwartz, the superfast, coin-collecting, brash blue hedgehog is living in secret on Earth. But when Sonic's obsession that he's "gotta go fast" causes a massive blackout, the military turn to the only man who can solve the mystery: Dr Robotnik. The moustachioed mad scientist is brilliantly brought to life by a typically over the top Jim Carrey who sets out to capture Sonic and use his immense powers for global domination. James Marsden co-stars as keen police officer Tom Wachowski who is hot on the trail of the blue blur that went speeding past his cop car but when he discovers Sonic, the pair become fast friends and race to put an end to Dr Robotnik's evil plan. It's fair to say the reaction to Sonic The Hedgehog has so far been mixed, particularly towards the eerie visual effects straying too far from the video game aesthetic. However, fans are surely glad to see the final shot where Jim Carrey's Dr Robotnik appears with his trademark look complete with an entirely bald head, wild moustache, and red goggles.

The producers of The Fast And The Furious put pedal to the metal to bring Sega's superSonic speedster to life.

Sonic speeds in with a fresh look