Spies In Disguise Trailer And Poster 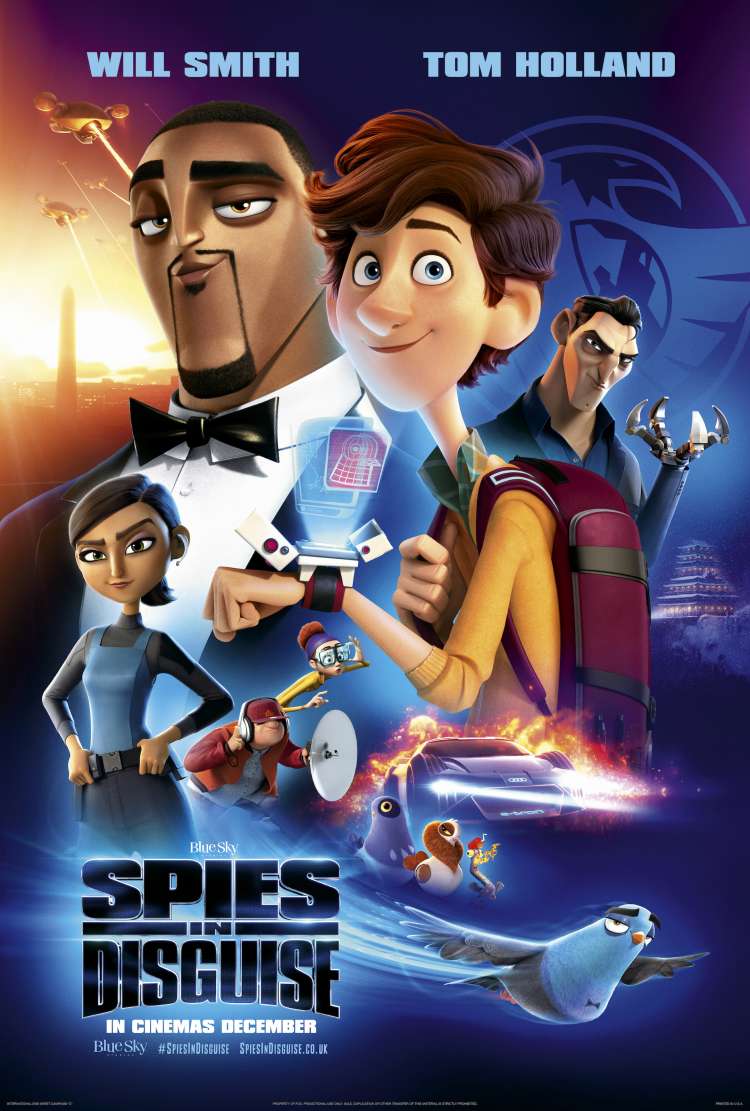 The plot-heavy third trailer reintroduces Will Smith’s super fly super-spy Lance Sterling as he saves the world in style, dispatching bad guys without breaking a sweat, and delivering his trademark neck chop knockout. Then we meet Tom Holland’s Walter Beckett, the brains behind Sterling’s brawn. An MIT graduate and exceptional inventor, he is Lance what Q is to James Bond and always strives to make sure Lance is kitted out with more than enough tricks up his sleeve. And for his most dangerous mission yet, in which Lance must track down an enemy no other agent can get close to, Walter wants to make him disappear. But his plan backfires when his formula accidentally transforms the world's best spy into a pigeon. Offering a look at the excellent chemistry between two of Hollywood's leading talents, hilarity ensues as Walter helps Lance learn to live as a pigeon and embrace just how perfect a disguise it is, even if it leaves him vulnerable when it comes to hand-to-wing combat.

Hollywood A-listers Will Smith and Tom Holland team up for some super suave espionage action in Spies In Disguise, a new animated comedy with a poultry twist.

Spies In Disguise Poster And Trailer