The end is nigh. Final emotional trailer for The Rise Of Skywalker signals a fitting farewell to the Skywalker saga 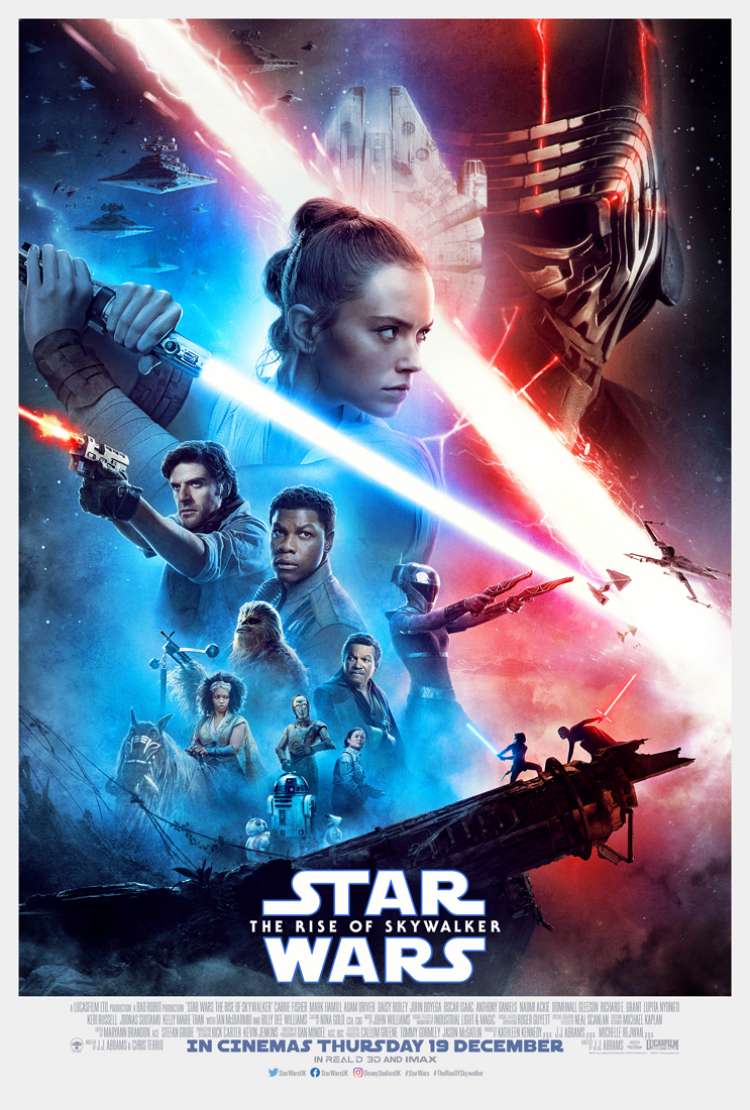 Along with a new poster that’s so perfectly “Star Wars”, the new trailer landed overnight to give fans a final glimpse at the film they’ve been waiting for. The ninth episode brings the Skywalker saga to a close and while the trailer will undoubtedly excite fans with a promise of an epic conclusion, the feelings will also be bittersweet. Stunning action-packed shots of Rey and Kylo Ren locked in a lightsaber battle, the Millennium Falcon and a Resistance fleet facing a swarm of TIE Fighters in galactic dogfight, and an empty throne room as Ian McDiarmid’s Emperor Palpatine sends a chilling warning are contrasted by incredibly emotional scenes of Carrie Fisher’s final appearance as Princess Leia and C3P0 taking one last look at his friends. There’s also footage of Rey exploring a very familiar-looking forest, Billy Dee William’s Lando Calrissian back at the helm of the Falcon, and Poe Dameron delivering a rallying speech as the galaxy far, far away prepares for the ultimate, final confrontation between good and evil, light and dark.

Star Wars: The Rise Of Skywalker

Every generation has a legendCLICK TO FIND OUT MORE
12A
FEATURE

Star Wars: The Rise Of Skywalker

The Skywalker saga officially comes to a close this December, with the final clash between Kylo and Rey bringing old enemies back to the fore.