They’re creepy and they’re kooky, mysterious and spooky, and they’re back! See cinema’s strangest family as you’ve never seen them before in the debut teaser for The Addams Family 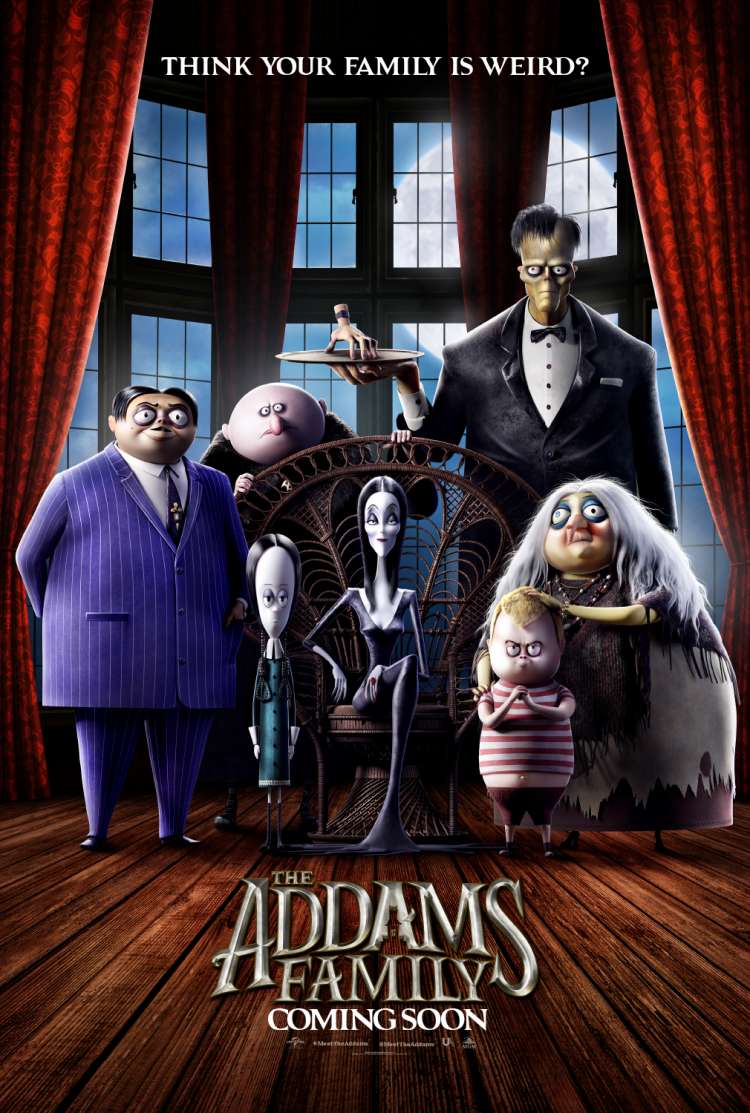 Think you’re family are weird? Think again! The kookiest family in the neighbourhood are coming back to the big screen this Halloween season for their first animated comedy. The debut poster and trailer for the new film based on the work of cartoonist Charles Addams introduces the whole macabre clan.Starring as horrifying husband and wife Gomez and Morticia Addams is Oscar Isaac and Charlize Theron who lead a spook-tacular cast that also includes Chloë Grace Moretz as their daughter Wednesday, Finn Wolfhard as their son Pugsley, and Nick Kroll as Uncle Fester. Alison Janney voices the Addams' nemesis Margaux and Elsie Fisher co-star as her daughter Parker, plus there's also Hocus Pocus star Bette Midler who rounds out the cast as The Addams' Grandmama.

Think Your Family Is Weird?CLICK TO FIND OUT MORE
PG
FEATURE

The Addams Family’s very morbid existence is shaken up by a deceitful reality TV host, just as their extended family arrive for a celebration.