The Gentlemen Poster And Trailer 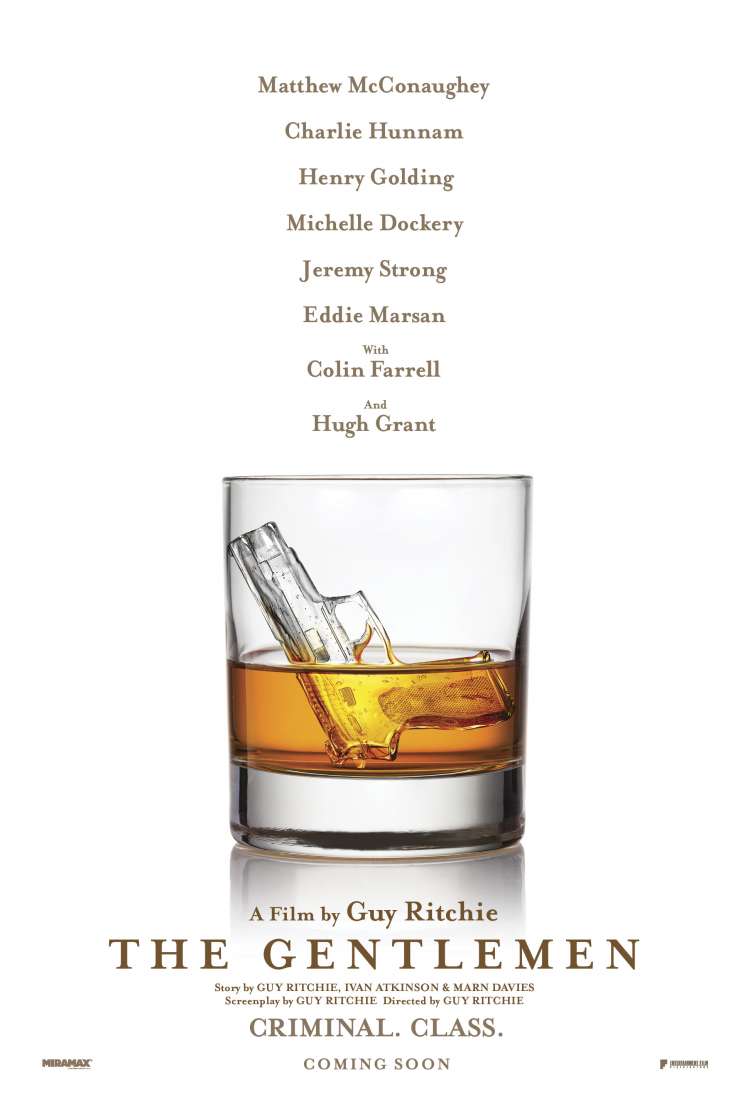 After a brief stint directing flashy big-budget projects - Sherlock Holmes, King Arthur: Legend Of The Sword, and most recently Disney’s live-action Aladdin - Ritchie goes back to the criminal underworld where he made his name. Meet The Gentlemen. The star-studded Brit crime-comedy tells the story of a drug kingpin who is looking to sell his empire and the city’s rogues who set out to steal it from under him. That’s the game; now we meet the players. The trailer provides us with a rundown of the snappily-dressed ensemble cast that includes Matthew McConaughey, Charlie Hunnam, Henry Golding, Michelle Dockery, Jeremy Strong, Eddie Marsan, Colin Farrell, and Hugh Grant. Set for release in the same year that Snatch celebrates its 20th anniversary, The Gentlemen is cut from the same cloth as its legendary predecessor with Hugh Grant filling a “Bricktop” mould, a trans-Atlantic storyline, and of course plenty of instantly-quotable one-liners.

With an ensemble of A-listers in tow, director Guy Ritchie returns to the chaotic life of crime that inspired many of his finest cinematic moments.