The Grudge Poster And Trailer 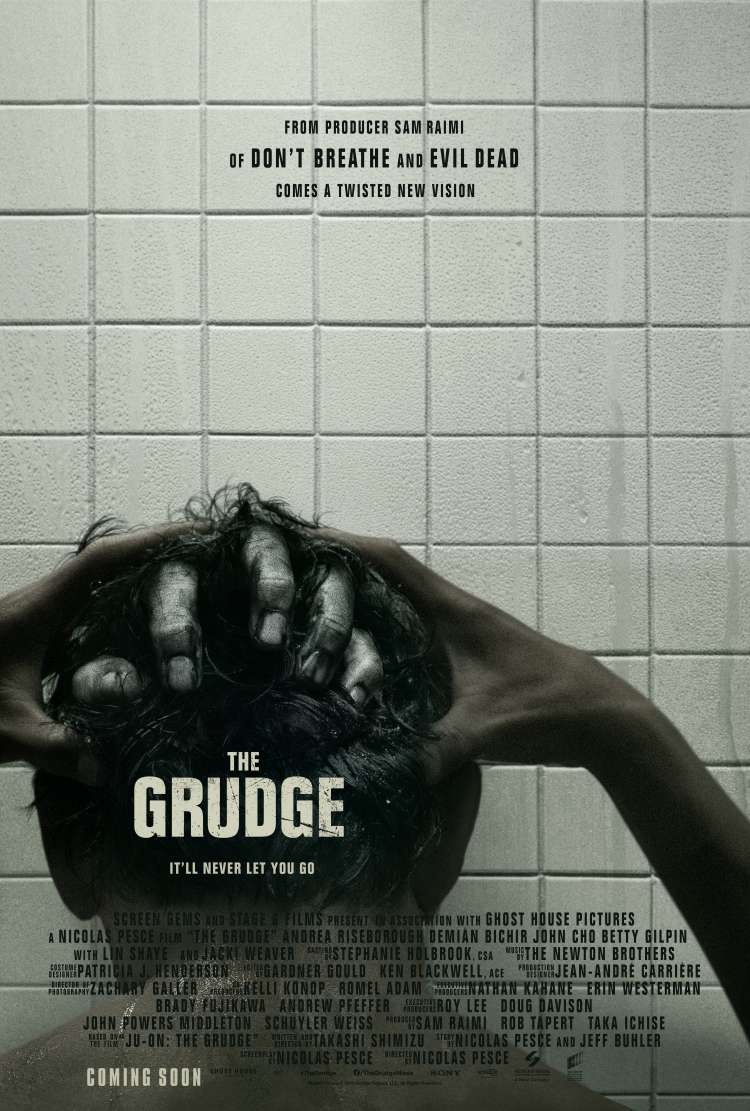 Evil Dead creator Sam Raimi follows his role as producer on Don’t Breathe, a home invasion horror that was as intense as it was inventive, to oversee a fresh, hardcore take on the J-horror classic The Grudge. With Raimi as a producer, directorial duties fall to Nicolas Pesce who takes the helm of his first major feature after his black-and-white-breakout The Eyes Of My Mother. While its creators have stressed their film is neither a reboot nor remake but a continuation of the English-language horror series that began with the Sarah Michelle Gellar-starring film in 2004, it isn’t a direct sequel either as it pits entirely new characters against a vengeful spirit. The trailer serves up some serious scares as John Cho and Andrea Riseborough find themselves at the mercy of an angry spirit that possesses a home and curses anyone who enters it with a violent death.

It will never let you go. CLICK TO FIND OUT MORE
15
FEATURE

The vengeful spirit Kayako returns to cinema screens for the latest chapter of The Grudge’s ominous horror saga – in what may well be her darkest outing yet!