Welcome Back To Zombieland

Double-tap: two shots fired in rapid succession. Although ten years between a film and its sequel can hardly be considered “rapid”…it’s Zombieland, where they play by their own rules. 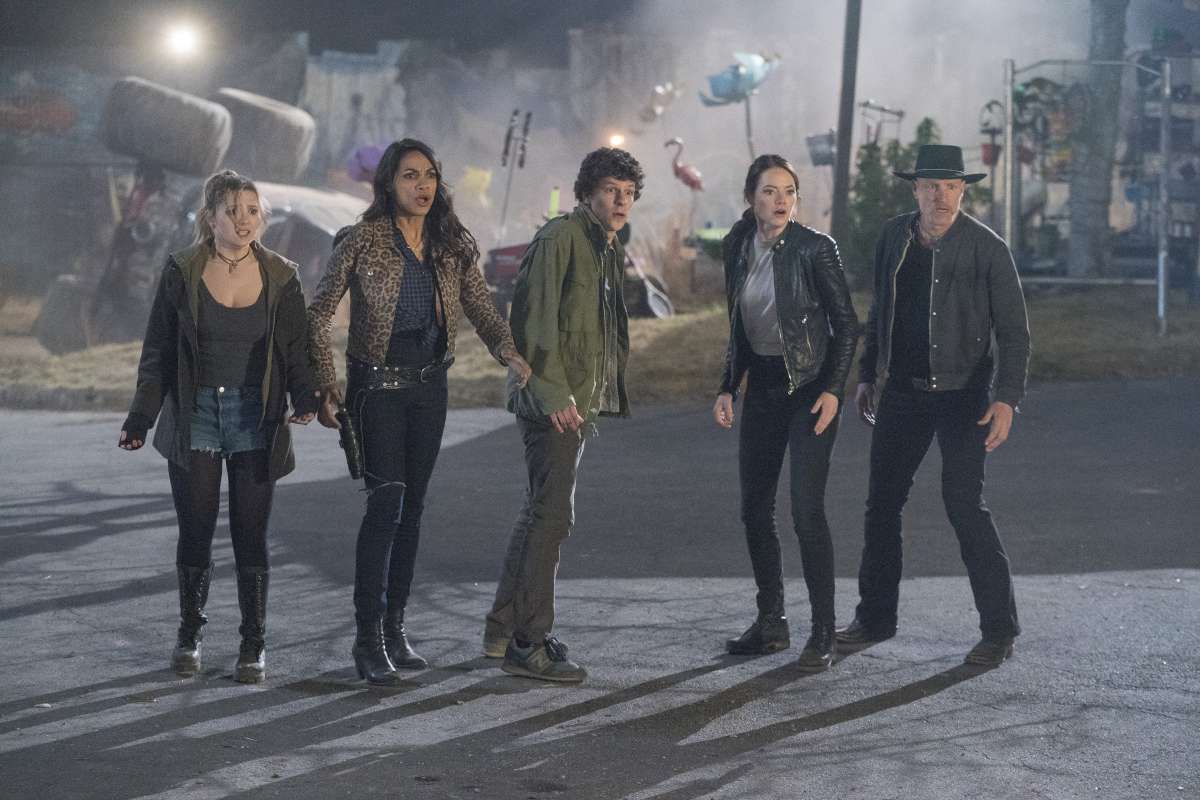 This follow-up to 2009’s zom-com finds our gang of four expertly traversing post-apocalyptic America, trouncing the undead as they go and taking up residency in the White House. Woody Harrelson’s Tallahassee as the makeshift President? No comment.

Tallahassee and the returning crew – Columbus (Eisenberg) and Wichita (Stone) – become all protective over Little Rock (Breslin) when she takes off on a road trip with a new hippy boyfriend (nicknamed Berkeley). Once in pursuit, the action ups the ante from the original with enough slo-mo explosions to keep Michael Bay’s interest piqued. The zombies themselves have evolved into a greater challenge, and then there’s the appearance of some very familiar-looking survivors.

Ruben Fleischer returns to direct, fresh off the back of Venom, along with Deadpool writers Paul Wernick and Rhett Reese, so you’re bound to walk out with some new favourite quotes. Throw in Dave Callaham, who’s on screenplay duties for the MCU’s Shang-Chi And The Legend Of The Ten Rings, and you’re right to be dead excited.

As always, keep your eye out for the odd cameo here or there. You never know who’s going to come back from the dead. 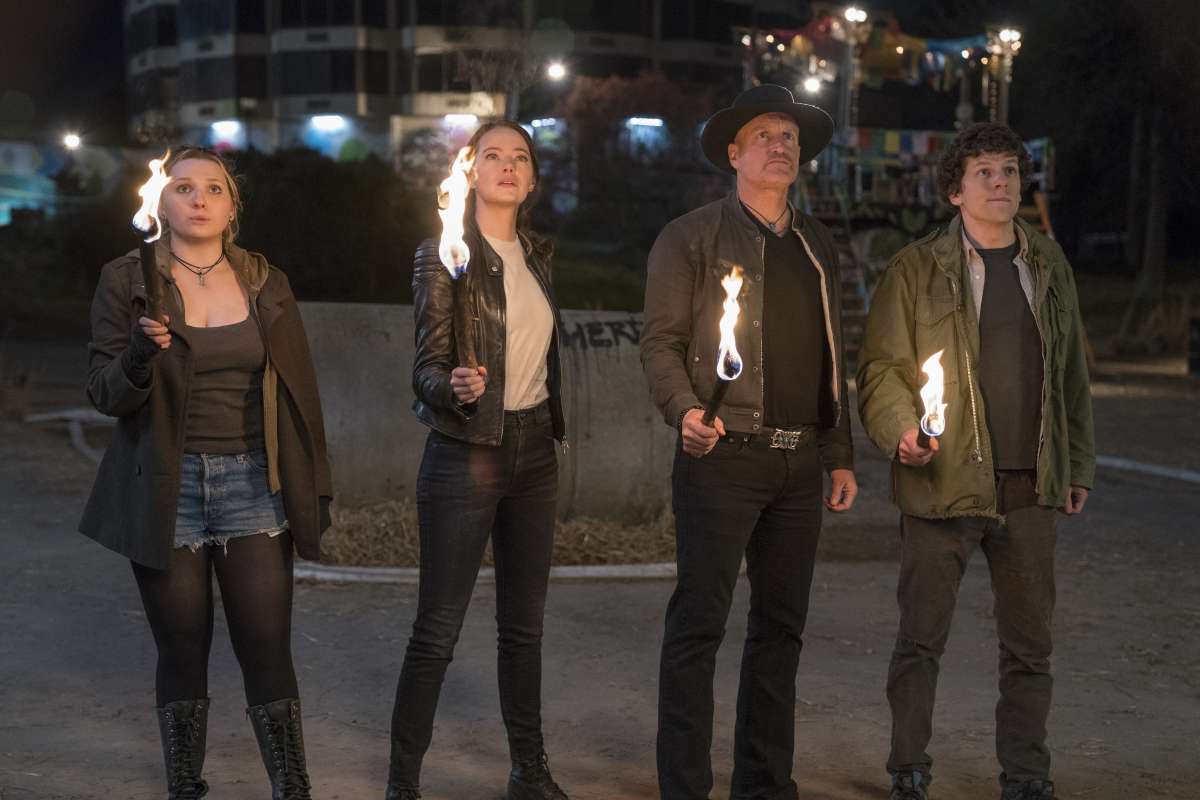 How many times has a zombie jumped back up from the dead? Too many times, by our count. That’s why the team at Onscreen double-check everything: under our bed, in the wardrobe, locking our doors. It just makes sense.

Zombieland’s four slayers assign themselves nicknames based on their place of origin to avoid emotional attachments. Which makes us “Leicester,” “Bristol,” and “Redruth.” Doesn’t quite have the same ring to it, does it?

Here at Onscreen Magazine, we spend our days in the cinema and we survive on popcorn, pretzels, and Pepsi. If there’s ever a zombie apocalypse, let’s hope they’re George Romero’s dawdling type…rather than the sprinting variety of Zombieland.

Welcome Back To ZombielandCLICK TO FIND OUT MORE
15
TRAILER

Brand new poster and trailer welcomes you back to Zombieland!